Native Californian John Daversa, is a multi-Grammy-winning artist, composer, big bandleader and a foremost educator, first at California State University, Fullerton, and since 2013, Chairman and Professor of Studio Music and Jazz at the celebrated University of Miami Frost School of Music.

Daversa’s road to becoming a phenomenal trumpet player began at age 11 after dabbling with other instruments, including electric bass, for a bit. He showed an early gift for music. It was probably inevitable that he would play trumpet, His father Jay had played trumpet professionally in the Stan Kenton Orchestra and also as an L.A. studio musician. John progressed briskly on trumpet, adding the eclectic EVI (Electric Valve Instrument) to his arsenal. John had fairly rapid success as a professional musician garnering numerous accolades and awards before re-entering academia after an initial Bachelor of Arts from UCLA. He earned a master’s degree in Fine Arts from California Institute for the Arts, followed by a doctorate in Jazz Studies from University of Southern California. His renown and passion as an educator reasonably parallels his success as an instrumentalist, composer, arranger and bandleader.

Much of his composing and arranging focuses on works for his big band, but he has also excelled with smaller ensemble arranging. Among his most notable big band recordings, Kaleidoscope Eyes: Music of the Beatles received a 2016 GRAMMY® nomination; and American Dreamers: Voices of Hope, Music of Freedom received three GRAMMY Awards in 2018. It would not be a surprise if another Grammy nomination was in the offing.

In 2020, the John Daversa Quintet released CUARENTENA: With Family at Home, an homage to familial love and the healing power of music through the muse of the bolero, featuring virtuoso South Florida-based musicians Gonzalo Rubalcaba, Carlo De Rosa, Dafnis Prieto, and Sammy Figueroa, whose personal resumé is astonishing. The band will be performing this South Florida JAZZ concert. 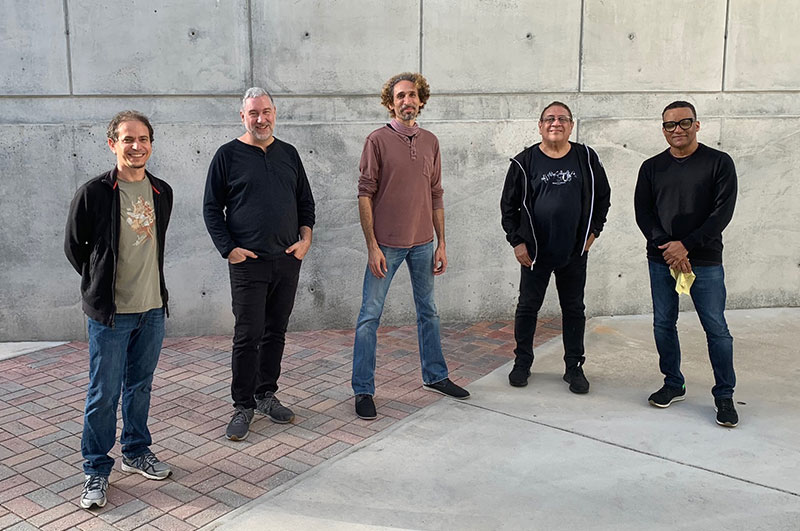