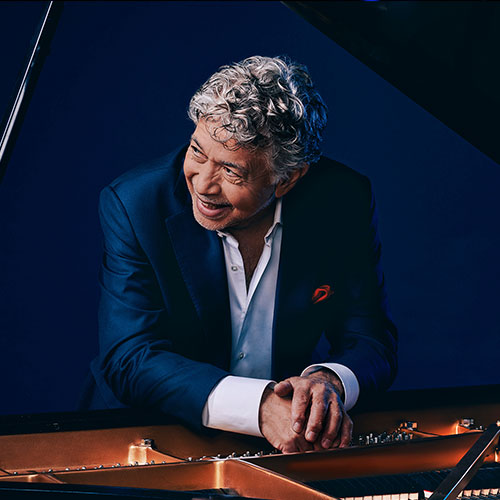 FORT LAUDERDALE, FL – South Florida JAZZ, the area’s premier modern jazz organization, and the elegant Bailey Hall theater present the first of their 2020 six-concert collaborative series featuring the internationally acclaimed pianist DR. MONTY ALEXANDER and his trio, back by popular demand since his landmark performance in 2018. The concert will be held on Saturday, January 18, 2020 at 8:00 PM. Bailey Hall is located on the Broward College campus, 3501 SW Davie Rd, Davie, FL 33314. Tickets are $40 to $50 ($10 for students under age 25 with valid I.D.) and can be purchased from online at www.baileyhall.org or by calling 954-201-6884.

Born in Kingston, Jamaica on D-Day, Monty Alexander was blessed with prodigious pianistic skills that were evident from age four, a fairly typical age for wunderkinds. He began classical piano training at six and with a notable change of emphasis, was becoming an accomplished jazz interpreter by 14. He was gigging in Kingston clubs in his teens when his family moved briefly to Miami and then settled to New York. In this jazz-rich atmosphere, Monty caught on with major players and formed friendships with bassist Ray Brown and another giant, vibist Milt Jackson. He recorded his first album as a leader at just 20 and flourished as a bandleader ever since.

Monty’s playing has always retained a strong Caribbean influence, but with a significant bebop flavor and a bright swinging feeling. Influenced predominantly by Nat Cole, Oscar Peterson, and Wynton Kelly, Alexander became known for his surprise musical twists and the ability to build dramatic suspense. His roots are evident in all of his playing, both on piano and the related melodica, a keyboarded wind instrument. His latest recording in an impressive oeuvre of 95 albums(!) is WAREIKA HILL – RastaMonk Vibrations, Monty Alexander’s delightfully imaginative, unique and compelling interpretation of the music of Thelonious Monk, released August 2019 on MACD Records.