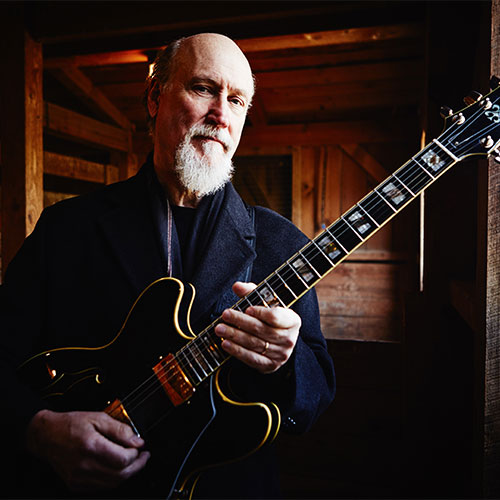 Plantation, Fla. –South Florida JAZZ, the area’s premier jazz organization, continues its 27th season of presentation, and the second season of “South Florida JAZZ at Bailey Hall,” with the venerable JOHN SCOFIELD. The indomitable, genre-bending guitarist brings his new quartet, Combo 66, to South Florida to the delight of his legions of fans.

Bailey Hall is located on the A. Hugh Adams Central Campus at 3501 SW Davie Rd. in Davie and offers free parking.  Tickets are available by visiting southfloridajazz.org or baileyhall.org or contacting the Bailey Hall box office at (954) 201-6884. The box office and phone lines are open Monday through Friday from noon to 5 p.m.; Saturday from 7:00 p.m. until curtain time.  All performances commence at 8:00 p.m.

John Scofield is one of the most influential and innovative guitarists of his generation. He has spent the last 40+ years blazing a trail through the post-fusion wilderness, bringing his singular voice to a variety of different projects. His hallmark is his masterful improvising, and his music generally falls somewhere between post-bop, funk-edged jazz, and R&B.

Scofield’s résumé reads like a who’s who of the last 40 years of jazz. After graduating from the Berklee School of Music, his first recording was with Gerry Mulligan and Chet Baker. He then replaced Pat Metheny in Gary Burton’s band and soon he would be performing with the likes of Charles Mingus, Billy Cobham, and Herbie Hancock, and Miles Davis, with whom he had an influential stint from 1982-85 that placed him firmly in the foreground of jazz consciousness as a player and composer.

Scofield has led his own bands with a variety of flavors, including jam bands. He arrives in South Florida with a newly minted straightahead jazz configuration.